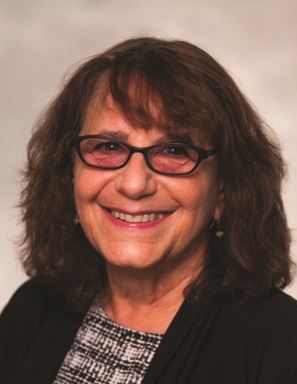 Naomi Dreskin-Anderson is an attorney whose practice is focused on issues of elders and their families. She is appointed by the Board of Supervisors to the Napa Commission on Aging and has served three terms as Chair. She is a member of the District Attorney's Elder Abuse Prevention Council and is currently Co-Chair of the Healthy Aging Population Initiative (HAPI). Prior to becoming a lawyer, Naomi focused her advocacy on the concerns of elders residing in nursing homes and residential care facilities and directed the Long Term Care Ombudsman Program for Humboldt and Del Norte Counties. She served as the first executive director for the California Long Term Care Ombudsman Association. Naomi has been an advocate for elders for more than 30 years.

Born 1938 as a twin in northern Minnesota, BA in SLA, University of Minnesota 1961. U.S Army Security Agency to 1962. Tom was married in 1963 and employed by paper products companies in Minnesota and Illinois in various capacities, First Bank Minneapolis as a Trust Officer, and Waldorf Corporation and Champion International as Credit Manager and Director of Benefits and Compensation. At the sale of Waldorf Corporation in 1998 Tom was retired and served as a consultant providing guidance and assistance to organizations purchasing employee health care and developing retirement plans. Tom's two grown children continue to live and work in Minnesota. Tom was divorced in1998 and moved to California. He lives in Napa and is employed part time for a local winery in Guest Services helping visitors understand the rich history, geography, and viticulture of Napa Valley. He remains interested and concerned about the quality of life and resources available to the senior population and has served two terms as a member of the NCCOA.

Betty was nominated to the Commission on Aging by Supervisor Alfredo Pedroza as District 4 Representative in December 2015. She received her Bachelor of Science in Nursing from California State University Los Angeles and a Master in Health Services and Family Nurse Practice from UC Davis in 1973. During her 46 year career she worked in different health care systems including twenty years with the U.S Department of State Foreign Service. She retired in December 2014 and her last position as a Family Nurse Practitioner was with Ole Health. Betty has actively volunteered with UCCE Master Gardeners of Napa County since 2000, Napa Valley Can Do in the community garden and Waterway Keepers, Napa Solano Audubon Society and Citizenship Legal Services. She is a Board member of Ole Health and on the Patient Advisory Committee. 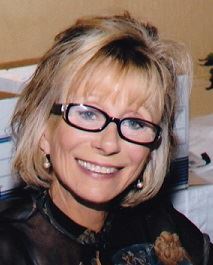 Heather Stanton worked for local government for 30 years working for the City of San Jose and the City of Napa. Heather also operated a public relations firm for 15 years specializing in political campaign strategy and management. Heather was the director of the City of Napa Community Resource Department for 10 years. During that time Heather oversaw construction of the Las Flores Community Center, rehabilitation of the Napa High School, construction of the Napa Skateboard Parking and a number of other smaller projects. Heather was responsible for a number of programs including the operation of the Senior Center, recreation activities and park maintenance. In 1991 Heather began working with Napa County Flood Control and Water Conservation District as part of the county-wide team overseeing the design and implementation of the construction of the Napa River flood project. After voter approval of the project in 1998 Heather was employed as the Project Manager of the Napa County Flood Control and Water Conservation District from 1998 to 2008. Duties include overseeing the implementation of the Napa River / Napa Creek Flood Protection Project and working with various local, State, and federal agencies collectively on the Project. Heather also served for two years as the Project Manager for the St. Helena Flood Project. Heather retired in 2008 and serves as a volunteer on numerous non-profit organizations. She is currently the Secretary / Treasurer for the Teacher Resource Center of the North Bay. She is a Advisory Council member of the Napa Solano AAA.

Joice M. Beatty received her BS Degree in Occupational Therapy from San Jose State University. She was a Registered Occupational Therapist for 37 years, working with geriatric and psychiatric patients in the community and in health care facilities. Work related activities include her member on the Napa County Commission on Aging (chair twice), the Napa County Alliance on Aging, and the Napa County Elder Abuse Prevention Council. Joice is also Past-Chair of the Napa County In-Home Supportive Services Advisory Board. Other activities include her chairmanship of the St Helena Beautification Foundation, serving as a member of the Board of Trustees of Rianda House Senior Activity Center, and the St. Helena Rotary Club where she served as President from 1994 to 1995.

Rita Umphries began her professional life in education. She joined the Air Force during the Second World War and continued in military life as a wife and mother. She has lived in many regions of the United States. She continued her career in teaching once her four sons had grown. Mrs. Umphries has served in leadership capacities throughout her life. She was commissioned by the U.S Air Force as a recruiter, then a publication officer and Squadron Commander. After her retirement as a school principal, Mrs. Umphries also chaired the Retired Teachers group.She was appointed to the Napa County Commission on Aging by Wes Chesboro and has served as chair of that organization. Rita is a resident of the California Veterans Home and is currently a member of the Board of the Lincoln Theater as well as a working member of KVET. She became an advocate for the less fortunate, especially the elderly.