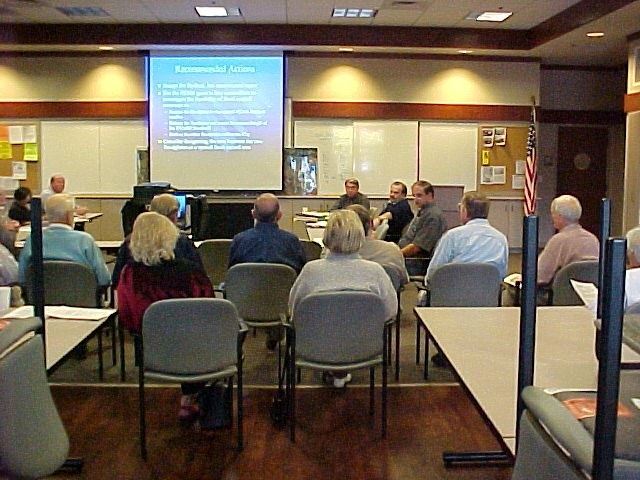 The Napa River Flood Management Plan, designed by a unique Community Coalition, is a creative solution to an age-old problem.

How to bring flood protection and watershed management to the Napa River Valley without sacrificing environmental restoration and economic revitalization.

The Community Coalition's plan, built on a set of "living river" principles. Developed by an unprecedented countywide coalition of political and community leaders, private industry, natural resource agencies, non-profit groups and private citizens, the plan provides flood protection in part by reconnecting the Napa River to its historical floodplain and restoring over 600 acres of tidal wetlands.

Since the 1970s, Napa County residents have suffered $542 million in property damage alone. The floods of 1986, 1995, and 1997, coupled with the imminent expiration of federal funding under the Flood Control Act of 1965, finally brought the community together. Residents, businesses, more than 27 local/State/regional and federal government entities, the Chambers of Commerce, environmental organizations and the U.S. Army Corps of Engineers conducted a community-based planning process known as the Community Coalition for Napa Flood Management and spent thousands of hours in technical committees and town hall meetings to develop this comprehensive program. The Plan is a multi-objective and restorative approach to flood protection. The Project will restore more than 650 acres of high-value tidal wetlands of the San Francisco Bay Estuary while protecting 2,700 homes, 350 businesses, and over 50 public properties from 100-year flood levels, a savings of $26 million annually in flood damage costs. The end result is a Living River that can sustain migrating fish and wildlife and a system that will help protect all County residents from damages caused by regular flooding.

In a release of President's Council on Environmental Quality Report to Congress, "Along the American River", Chair Kathleen A. McGinty states " In redefining its relationship with nature, Napa exemplifies a new model of environmental decision making-one this Administration is trying to promote. They had the courage to break with convention. and in so doing, they helped inspire new thinking in other communities, and within government agencies."