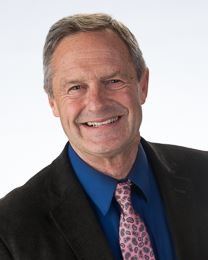 Brad has been a schoolteacher since 1977. During the first 10 years of his teaching career, he taught emotionally disturbed adolescents. Since 1987 Brad has been teaching social studies at Redwood / Silverado Middle School in Napa. Brad graduated from Napa high school and went on to graduate from the University of California-Santa Cruz with a degree in Political Science and Elementary Education. Brad has split his time teaching with public service since 1984, when he was elected to the Napa City Council. He has also served as Mayor to the City of Napa. In 1998 he was elected to the Napa County Board of Supervisors and began serving as the representative for District 1 in January 1999.

Brad grew up in the Browns Valley area of Napa and has five children to his wife Kathy: Gretchen, Fritz, Max, Eric, and Alex. Gretchen is a property manager in Fremont and Xavier’s mom. Fritz is a grocery store manager in Santa Cruz. Max is a social worker in Philadelphia. Eric currently resides in Oregon. Finally, Alex is a doctor in Ventura. Brad runs 300 days a year and plays basketball religiously. He spends his free time visiting his kids’ and grandchild.