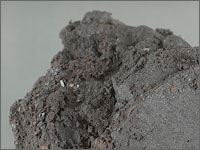 Opium is the key ingredient for several drugs including morphine, codeine, and heroin. Opium is the milky latex fluid contained in the unripened seed pod of the poppy plant. Opium and its derivative drugs are classified as depressants. Opium is primarily grown in Southeast and Southwest Asia, Mexico and South America. All opiates are both physically and psychologically addictive. When combined with alcohol, opiates can be deadly.

Heroin, an illegal narcotic, is the most powerful of the opiates. In Napa County, a dark brown or black substance known as black tar heroin is found among its users. The color and consistency of black tar heroin results from the crude processing methods used to illicitly manufacture the substance. Black tar Heroin may be sticky, like roofing tar.

Heroin can be injected, snorted, or smoked. Injection continues to be the predominant method of heroin use. Heroin addicts are at risk for contracting HIV, Hepatitis C, and other infectious diseases. Drug abusers may become infected with Hepatitis C and other blood-borne pathogens through sharing and reuse of syringes and injection paraphernalia that have been used by infected individuals.

The initial and short term effects of heroin include:

Other effects include scarred or collapsed veins, bacterial infections of the blood vessels and heart valves. Withdrawal symptoms include: