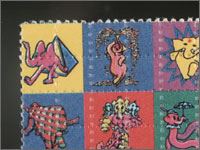 Hallucinogenic drugs have played a role in human life for thousands of years. Cultures from the tropics to the artic have used plants to induce states of detachment from reality and to precipitate “visions” thought to provide mystical insight. Used in religious ceremonies and by oracles to advise governments, hallucinogens did not make the main stream of humanity until the 1960s. Hallucinogens are both natural and man made and effect the senses creating images in which people hear and see thing created in their minds. Signs of hallucinogens are dilated pupils, sweating, garbled speech, and disorientation. Other general effects include varying degrees of:

LSD is one such hallucinogen first synthesized in 1938. Produced from lysergic acid the drug can be found in both solid and liquid form. The liquid can be applied to sugar cubes or blotter paper. The drug is odorless and colorless and is taken orally. The effects of the drug do not occur immediately, nor are the doses uniform. The results can cause the user to consume multiple doses thus creating sensory overload.

Psilocybin is a type of mushroom which creates hallucinogenic images. The drug is introduced into the body by eating the mushroom. The effects can last from six to eight hours. Commonly known on the street as “shrooms,” or “magic mushrooms,” once ingested psilocybin is metabolized into psilocin.

Peyote is a small, spineless, cactus. Used in northern Mexico and the southwestern United States by natives as part of their religious rites. The top of the cactus consists of disk shaped buttons that are cut from the roots and dried.