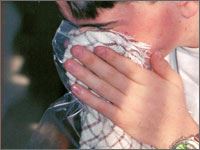 Inhalant abuse is the sniffing volatile solvents, which can cause severe damage to the brain and nervous system. By starving the body of oxygen or forcing the heart to beat more rapidly and erratically, inhalants can kill, most of whom are adolescents.

Inhalant abuse came to public attention in the 1950s when the news media reported that young people who were seeking a cheap “high” were sniffing glue. The term “glue sniffing” is still widely used, often to include inhalation of a broad range of common products besides glue.

Although different in makeup, nearly all abused inhalants produce effects similar to anesthetics, which act to slow down the body functions. When inhaled via the nose or mouth in sufficient concentrations, inhalants can cause intoxicating effects that can last a few minutes or several hours if taken repeatedly. Initially, users may feel slightly stimulated; with successive inhalations they may feel less inhibited and less in control; finally, a user can lose consciousness.

“Huffing,” another term for sniffing, highly concentrated amounts of chemicals in solvents or aerosol sprays can directly induce heart failure and death. This is especially common from the abuse off fluorocarbon and butane-type gases. High concentrations of inhalants also cause death from suffocation by displacing oxygen in the lungs and then in the central nervous system causing breathing to cease.

Some of the common products that adolescents will “huff” or sniff are: