The Patrol Bureau is responsible for providing law enforcement and crime prevention services to the residents of the unincorporated area of Napa County and the Town of Yountville. There are approximately 35 deputies assigned to our Patrol Bureau, and they patrol the larger portion of 794 square miles of land and associated waterways that make up the County of Napa.

The services provided by the Patrol Bureau are enhanced by the deputies assigned to our Problem Oriented Policing and School Resource programs. Approximately 135,000 people live in Napa County and nearly a third of those reside within the Sheriff’s jurisdiction. This number includes the residents of the City of American Canyon, which (like the Town of Yountville) contracts to the Sheriff’s Office for police services but is managed separately by a Sheriff’s captain, who serves as Chief of Police.

Most deputies assigned to the Patrol Bureau operate out of the main office that is located near the Napa County Airport. In addition to the main office, we have four sub-stations that are located in: 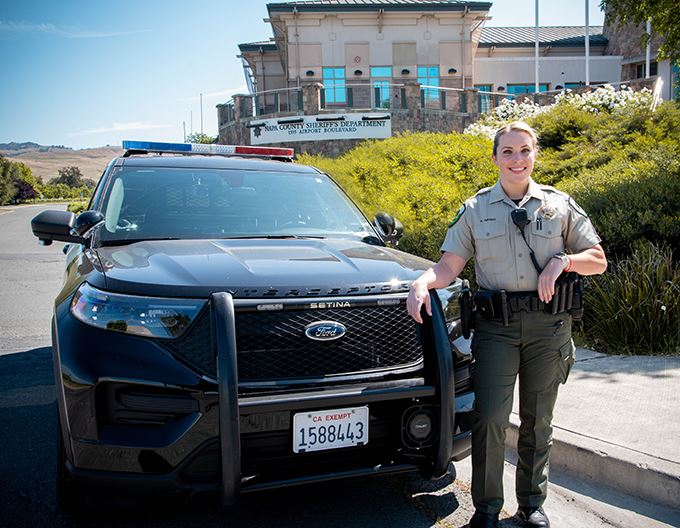