Wildfire can significantly alter the hydrologic response of a watershed, to the extent that even modest rainstorms can produce dangerous flashfloods and debris flows. After a fire, slopes are stripped of vegetation and the root systems within the soil, which allows sediment to move downhill. Channels can quickly become laden with sediment, and culverts can plug, increasing flood risks.

Some of the largest debris flow events happen during the first post-fire rainy season. It takes much less rainfall to trigger debris flow within a burned hillside than it would prior to the fire. Any storm that has intensities greater than about 10 millimeters per hour (0.4 inches/hour) poses the risk of producing debris flows. 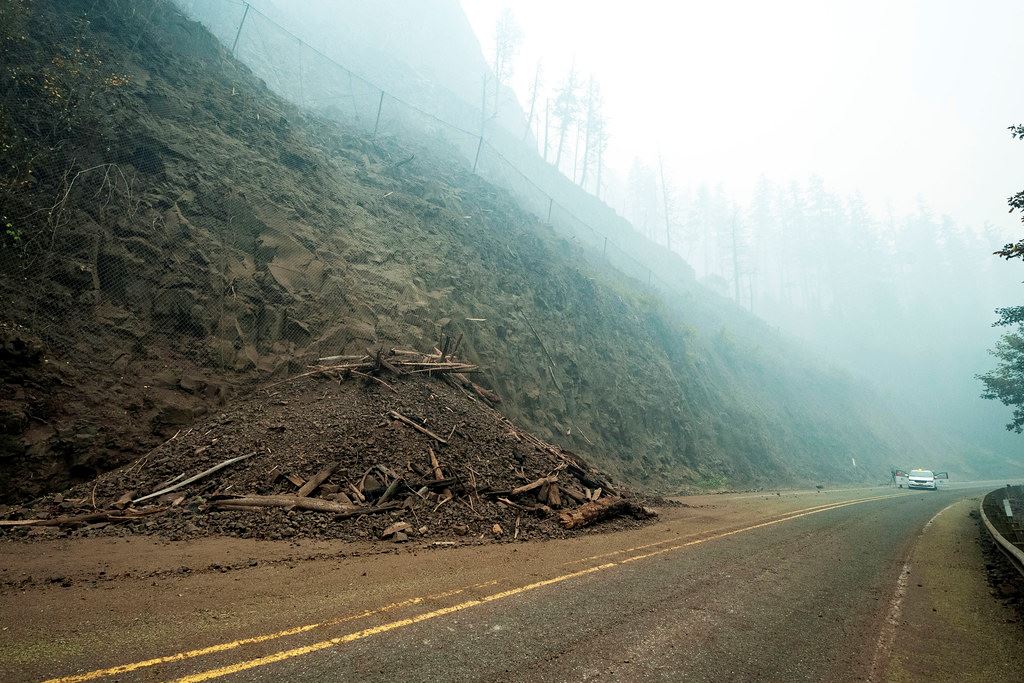 Debris flows can take homes off of their foundations and carry things like vegetation, trees, large boulders, and vehicles.3

Additionally, the ashy slopes left denuded by wildfires in California are especially susceptible to “mudslides” during and immediately after major rainstorms. Those who live downslope of a wildfire area should be aware of this potential for slope failure that is present until new vegetation rebinds the soil.

The USGS conducts post-fire debris-flow hazard assessments for select fires in the Western U.S. For select fires maps are available that depict the likelihood of debris-flow generation and estimate flow magnitude in locations where debris flows initiate. The models do not predict downstream impacts, potential debris flow runout paths, and the areal extent of debris-flow or flood inundation.  View the USGS hazard assessment here for more information.

Tips for reducing the hazard posed by landslides & debris flows:

Click here to return to the Post-Fire Watershed Recovery homepage.