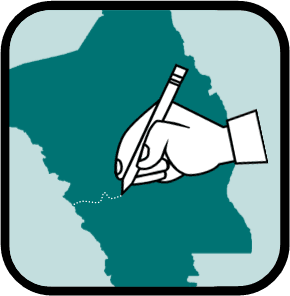 Every ten years, public agencies use new data from the United States Census to redraw the district lines of elected representatives to reflect how local populations have changed. The Napa County Election Division will be participating in this process in 2021 along with other local public agencies. The parameters for this process are set through California's Fair Maps Act.

District lines must be adjusted to make sure each district has as equal a population as possible. Other criteria for consideration include the cohesiveness, contiguity, and compactness of the district territory, and addressing communities of interest.

The Napa County Election Division is working with the Napa County Board of Education, the Napa Valley College, and the City of Napa to provide maximum opportunity for public engagement in this decennial process. Efforts at the state level by the California Citizens Redistricting Commission (CRC) as well as the Napa Valley Unified School District will also be occurring simultaneously. All Californians are welcome to "draw the lines" to help define the future of their communities.

Workshops allowing for community participation in this process will be scheduled and posted on this web page. We will be utilizing an online mapping tool, DistrictR, which will allow interested members of the public to suggest possible district boundaries.

On December 13, 2021, following a five month redistricting process, the Napa County Board of Supervisors adjusted district boundaries using 2020 US Census data to make sure the districts have equally balanced population. These “new” districts take effect with the June 2022 primary elections and will remain in effect until new census data are released in 2030.

The “old” supervisor districts remain in effect until the end of the term of that supervisor. Supervisors continue to represent their “old district” until their successor takes office in the “new district” following the next election.

Residents who go to https://gis.countyofnapa.org/BoardofSupervisorsMap will see the “new” districts. If you are in District 2, 4 or 5, you will have to wait until March 2024 because that is when those supervisors are up for election.

Residents who want to see who represents them until January 2023 should go to Find My Board of Supervisor District. Once new supervisors take office in January 2023, both links will lead to the five “new” districts.

Find My Board of Supervisor District

A Community of Interest (COI) is a group of people that: share common social or economic interests, live in a geographically definable area, and should be included within a single district for purposes of effective and fair representation in future elections.

There are some communities of interest that are considered “protected classes” in that they have rights through state or federal civil rights or voting rights laws. Some examples of protected classes in districting would be ethnic and racial minorities such as a concentration of Latinx, Asian, or African American people.

There are other potential COI that can also be considered in Redistricting, such as: people with disabilities, senior citizens, college students, people who live in a particular neighborhood, or even people who share concerns such as parents with young children, bicycle enthusiasts, topic interest group, etc.

COI does not include relationships with political parties, incumbents, or political candidates.

Define your Community of Interest by completing our online form or downloading a paper copy.